“The lowest temperature was -81 °C. If you add in wind chill, it can drop below -100 °C. It’s pretty chilly. It was a shock to the system when I arrived.” – Dr. Beth Healey looks back at her one year journey to Antarctica.

Dr. Beth Healey is a research doctor in the European Space Agency (ESA). She spent a year at ESA’s Concordia base in Antarctica with 12 other people. The crew at Concordia lived for one year in extreme isolation, without any sunlight for 100 days in a row, and with a temperature that could drop below -100 °C. Beth studied the physiological and psychological effects these extreme conditions have on humans.

“I had worked in lots of polar regions up north before, and was used to the cold environment, so I flew out to Concordia feeling a bit smug. But our circadian rhythms are synced to sunlight, and without it I really struggled. For the first few days I just didn’t sleep at all.”

“You don’t get any smells there because it’s very clean and there are no mud or plants, so it just doesn’t really smell of anything. When you come back everything smells so strongly, and just walking down the street you’re like ‘wow’”.

“You’d go outside at lunch and see the Milky Way in the sky.”

“Without sounding cheesy and clichéd, when you look into the sky there’s a familiarity in seeing the sun there. When you lose that it feels like you’ve been cut off from home. It was an amazing feeling when it came back.” 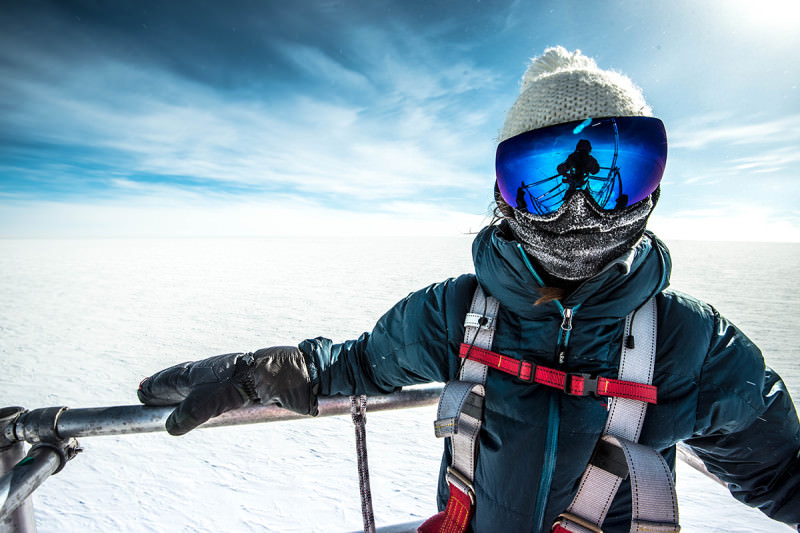 Beth Healey is a medical doctor at ESA. Her work now involves investigating how conditions similar to those in the Moon or Mars affects human physiology and psychology. She talks about topics like:

In this video Beth confides how it feels to face isolation with only twelve other people in an environment in many ways similar to that of Planet Mars.

Find out more about Dr. Beth Healy’s experience in Antarctica in her blog.

Dr. Beth Healey’s most recent role was with the European Space Agency (ESA) as a Research MD, Concordia Station, Antartica. During her year long mission at Spaceflight Analogue Concordia ‘White Mars’, she was responsible for co-ordinating and implementing seven research protocols, selected by the ESA, to investigate the effects of this extreme environment on the physiology and psychology of the crew. Beth led the medical rescue team and worked alongside the base doctor in case of emergency. Beth is a UK trained doctor. A fellow of the Royal Geographical Society, with an interest in polar environments she has worked as part of logistical and medical support teams for expeditions and endurance races in Svalbard, Greenland, Siberia and at the North Pole. As part of her medical elective she worked in a remote Inuit Hospital in NE Greenland. Beth Healey is also a patron of Extreme Medicine.

If you are eager to learn more about human performance in extreme cold and isolation, see Dr. Beth Healey’s much anticipated presentation at the Biohacker Summit on 18 November 2016.